0
was successfully added to your cart.

FAUX FINISHING AT BURN BY ROCKY PATEL AT MERCOTA IN NAPLES FL.

Faux Finishing encompasses soooo many amazing creative ways to decorate walls, ceilings and furniture. In the weeks and months to come I will be discussing all these different types of finishes.

This past week we found ourselves back working Burn by Rocky Patel in the Mercota shopping plaza in Naples Fl. In the Fall of 2009 we were commissioned to apply finishes throughout the whole space. It was a challenging, yet a fun project. This cigar lounge (don’t ever call it a bar) ? has an eclectic array of finishes and décor unlike anything you have ever seen. Rocky Patel had a vision of combining styles from all his world travels into a Sophisticated Eclectic mix of Old Cuban Walls, Persian Night Spots and Miami Beach Modern. all in one spot. We applied Old World distressed plaster finishes to the walls, Faux Walnut graining to the beams and bar, plus accent walls , graced with exotic metallic foils.

This week we were commissioned back to re due the accent walls with metallic foils.

The accent wall in the VIP area was done 6 years ago. Well, in “cigar lounge life” that is equivalent to thirty years!  So considering that, the walls held up pretty good. Rocky is opening up a new club called Kava across the street. For the grand opening he wanted to have Burn looking as great as it did on day one.

James the manager at Burn had originally asked me to just, touch up the wall. I explained the pros & Cons of repairing the damaged areas as opposed to re foiling the wall. He agreed to have us re due the whole wall, so away we went. James would let us in first thing every morning, which is no easy task for a bar manager who is just shutting down the club at 2:00am,

Along with the wall in the VIP section, we completed two other areas. We were there a total of four days.
It was a nice change of pace for the crew. Around 2: 00pm the men would come in and start lighting up there cigars, usually with a nice cocktail. We received many compliments and a few potential clients took our cards. One of our crew members is a smoker, so he was in faux finishing heaven knowing he did not have to leave the building to get his smoke fix in!

The accent wall in the VIP area was done 6 years ago. Well, in “cigar lounge life” that is equivalent to thirty years! So considering that, the walls held up pretty good. Rocky is opening up a new club called Kava across the street. For the grand opening he wanted to have Burn looking as great as it did on day one. 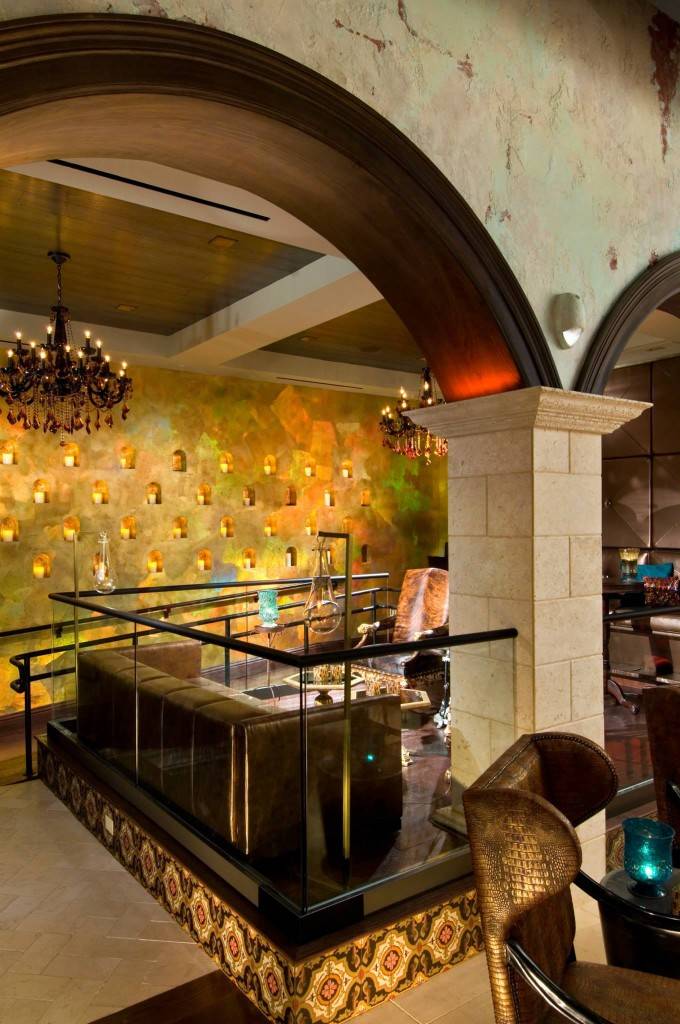 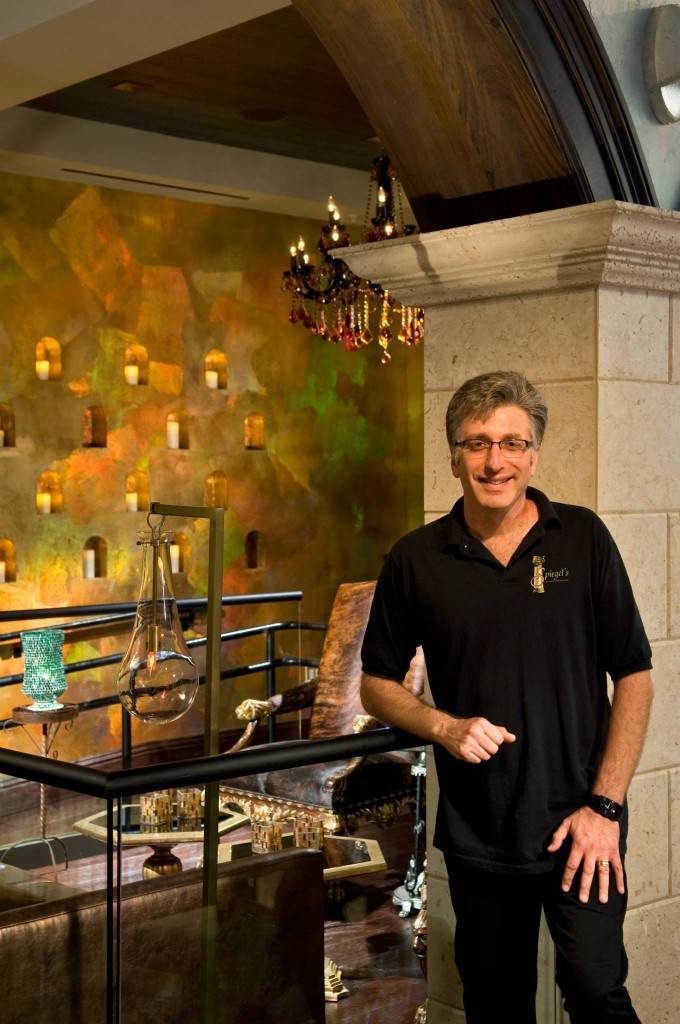 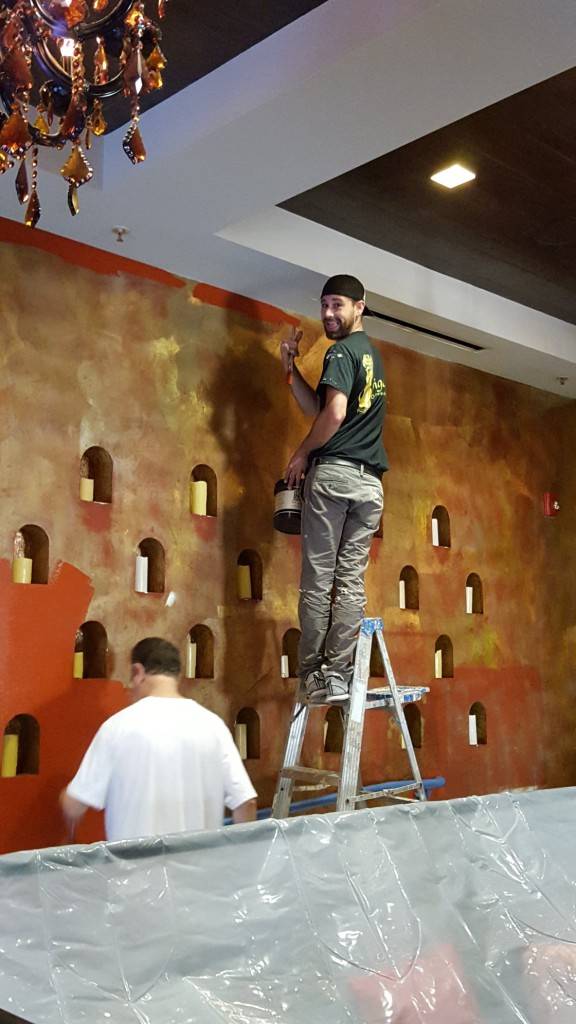 Our “Main Man Mario” applying the Foil. He loves what he does and his work is proof of that. When I met Mario, he didn’t even know what Faux Finishing was. Now he’s teaching me a thing or two every day! 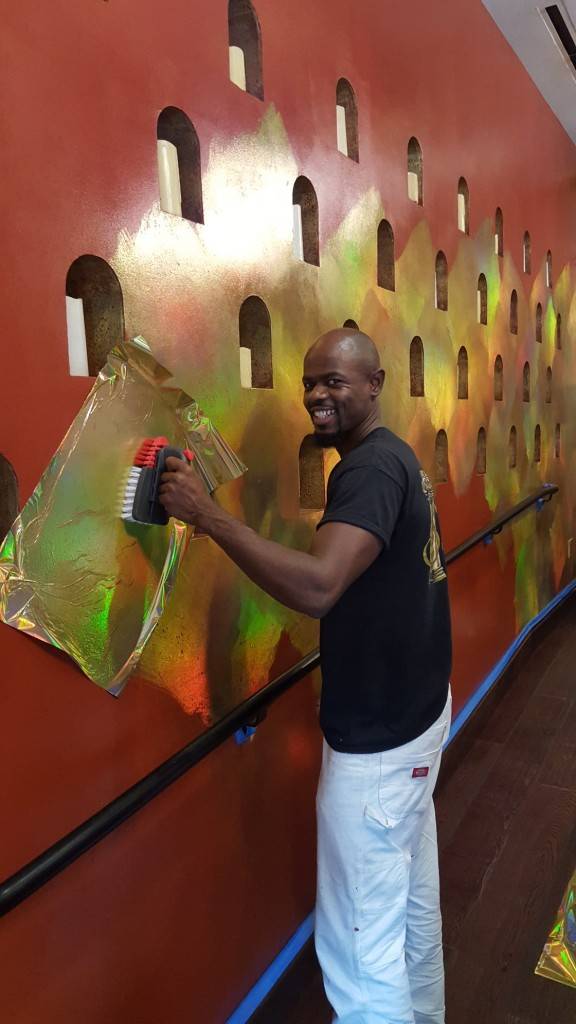 Bryant is a seasoned faux finisher who has worked for some of the top companies in the industry. He even has gone to China assisting Sean Crosby in teaching the Art of Faux Finishing. We are honored to have Bryant working with us these days! 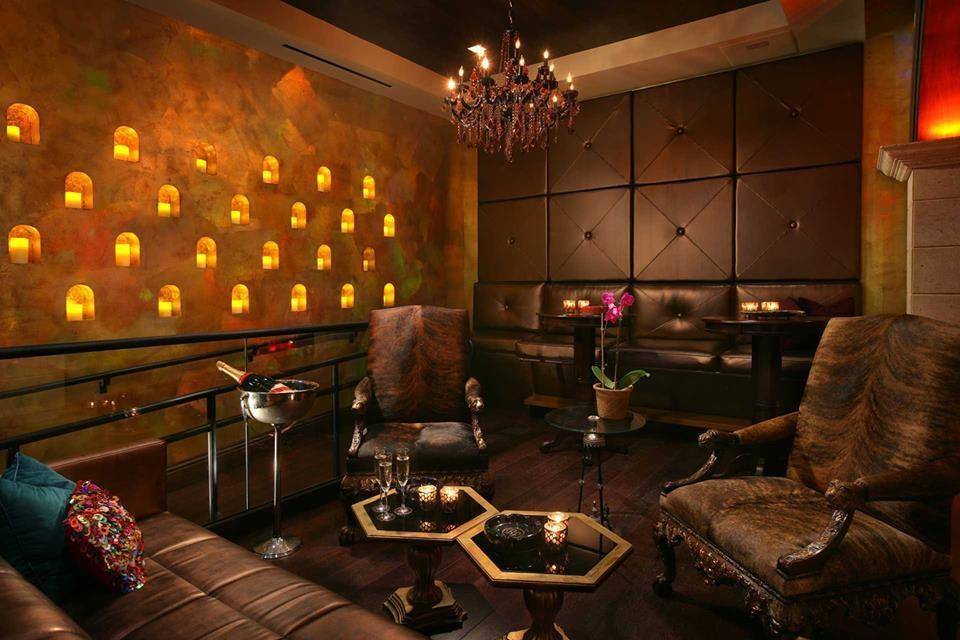 The VIP lounge. Grab a cigar and cognac and come sit down! 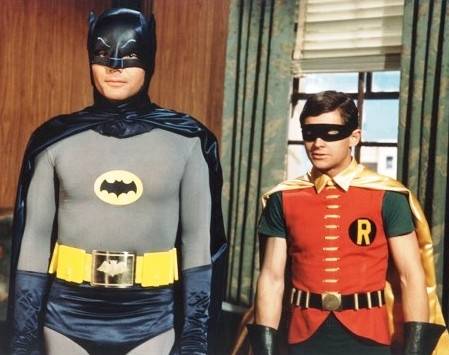 One of the special qualities about this foil is its “rainbow” effect similar to the inside of a prism. As light shines on the foil, it is reflected back in a rainbow of colors. 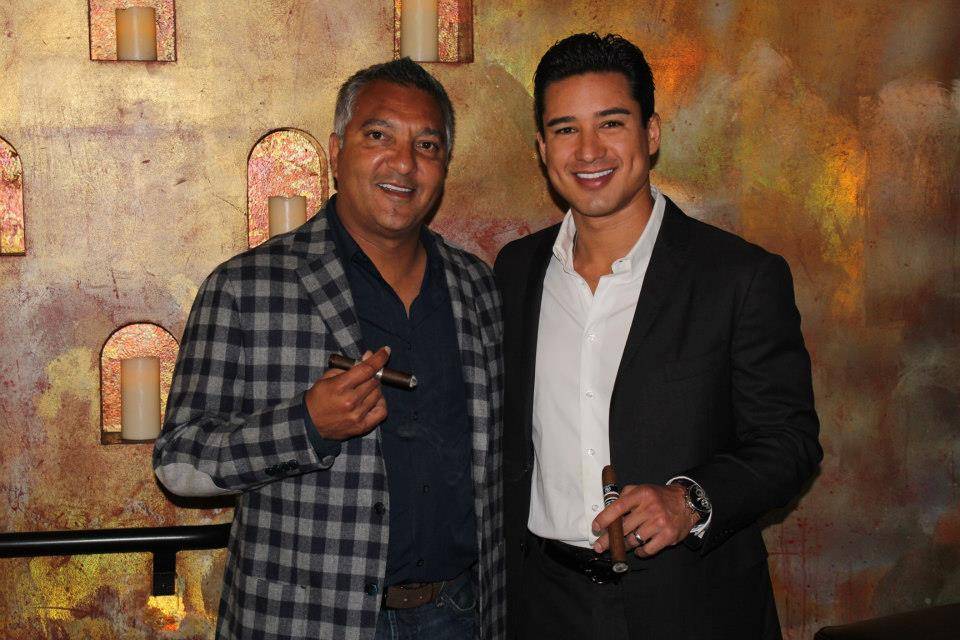 Celebrities will do anything to get photographed next to one of Spiegel’s Decorative Finishes Walls!

Here’s the ex-Mayor of New York City Rudy Giuliani asking Rocky for the number of whoever did that beautiful wall! 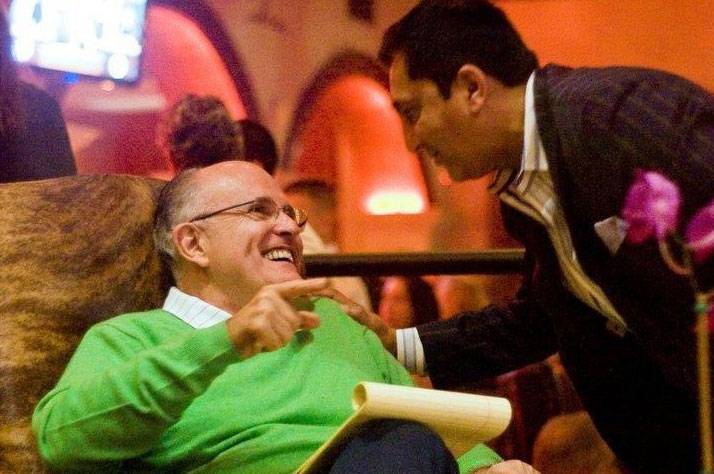 Well it was good to be back at Burn last week. One thing I didn’t miss, was coming home smelling like a burnt cigar every day!

When we originally completed the job in 2009, Faux Effects World did a spread on the project. If you would like to read that article and see some of the other finishes we applied, click here.

If you are interested in this type of accent treatment or any of our exclusive line of finishes for your home or commercial space, contact us here for an appointment!
Spiegelsdecorativefinishes.com